Her New Life by Patty Panni 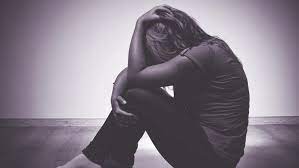 She was so tired. The kind of tired that seeps through your bones and leaves you feeling completely and utterly empty. If the act of breathing took any effort, she thought, I wouldn’t be capable of doing it now. She tried to remember if she had ever felt this way before, but soon gave it up because it required too much effort, and really…what did it matter?

She looked around the dimly lit room – stark windows with blinds drawn tightly against the dawning light of day. Were there eyes out there? Seeking her out? Patiently watching and waiting for a sign of life before the attack? Her gaze continued around the sparsely furnished room. Besides the chair she was in, there was another, and a small table with a lamp on it. A loveseat which had seen better days was against the wall, and a box and duffel bag were in the corner. So, it comes down to this…this is what I have to show for my life. My mother would be so proud. She searched through her bag for her cigarettes and found a pack with one lone, bent survivor. No matter. Lighting it with shaky hands, she inhaled deeply and felt her mind clear, if only infinitesimally. She knew she should quit and vowed silently that this was it. This was the last one. But even as she made the promise to herself, she knew she wouldn’t…couldn’t. There was too much going on and she needed them. Needed a distraction, something to keep her hands busy, something to focus on instead of the past days. Weeks. Months. Years.

The apartment was small and dingy, three rooms with a bath. It needed a good cleaning and she would do that. Soon. She thought to go into the kitchen, make something – eggs maybe – but she felt heavy, weighted down in the chair. That is, until she caught the soft sound coming from the adjoining bedroom, Mama? She rose and quickly snuffed out the cigarette. Coming, baby. She entered the small room where her daughter, my life, was sitting up in bed – hair tousled as only a deep, hard sleep can do and eyes crinkling shut in protest against the dim light. She picked up her child and murmured to her as mothers have always done…did you sleep okay, my sweet girl, are you hungry, how about some eggs. Carried her to the kitchen, found the skillet in a box on the counter, and grabbed the egg carton from the mostly empty refrigerator. While she cooked, she tried to keep up a light chatter, tried to keep her daughter engaged, but the little girl (my mini me) was quiet, eyes on the table and floor. When she sat down at the table, a plate of eggs and a glass of milk for her daughter and coffee for herself, the little girl left her chair and sought her mother’s lap. While she ate, she finally spoke again. Mama? He won’t find us here, will he? He won’t know where we are? No baby, he won’t find us. He doesn’t know where we are. What about when I go to school? He won’t find me at school? No. He doesn’t know where your school is. He won’t find us, I promise. Seemingly satisfied for the moment, her daughter laid her head back (my sweet girl…so very sweet) against her mother’s chest and relaxed in.

There was so much to do. So much to be done. Starting over was hard. God knows, she had been there and done that before, more than once. But of course, there was no other option. She felt the sweet weight of her daughter resting on her, giving her the fierce energy she would need to face the day, to begin yet another new life. This time is different. We’ll make it work. We’ve never gone this far away from him…he won’t be able to find us here. We’re safe. But even as she repeated the well-worn mantra to herself, niggling thoughts tickled and worried her mind that maybe they weren’t safe. Maybe she hadn’t covered their tracks. Maybe they hadn’t gone far enough. Was there even a place that was far enough? He’d always found them before. He’d vowed he would always find her; he would stop at nothing to find her.

Enough. Settling her daughter in at the table with a coloring book and crayons, she picked up her phone and started searching local jobs. There was a lot she was qualified do, but her spotty attendance record had cut more than a few jobs short, so her resume was crap. Turns out broken bones and black eyes didn’t go over well in the workplace. Good thing I’m not using my real name anyway. She needed to find something low profile that paid in cash. Her preference was cleaning – offices or houses, it didn’t matter to her as long as she could work in peace and quiet and get paid in cash. The first gig in a new place was the toughest to get. She would take just about anything to get that first customer. With one to provide a reference -- they were always excellent -- she could always get more. Enough for the two of us to live on, and who knows…maybe a little extra.

In the bathroom, she gazed at herself in the mirror. Hmm…you look like a Marilyn to me. Yep, definitely a Marilyn. Her new hair color still looked good, even if maybe the cut was a little choppy and uneven. No matter, no one cares if their maid is impeccably groomed. The thought brought a wry smile to her face and, straightening her shoulders, she went back into the shabby living room and picked up her phone and dialed the number listed.

Hello? Hi, I’m calling about the cleaning job you advertised? Yes, my name is Marilyn… 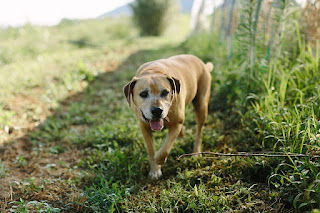 The dog is soaking wet. He walks with a steady gait, and appears to have a distinct destination in mind. He isn’t particularly handsome…sort of nondescript, really: brown and tan, medium size. But in the dog’s eyes…there seems to be a wisdom, a nobleness of spirit. This, it turns out, is not just any old dog.

As the dog travels, he occasionally stops, finds shelter – if only a shrub – and rests. His paw pads are bruised and swollen, and when he rests, he licks them.  He’s been walking a long time. On rainy days like today, finding water is easy. But food…that is another matter entirely. On a good day, he finds a rabbit or possum. Some days he’s lucky to find a field mouse. He is always hungry. Instinctively, he avoids higher trafficked roads. Instead, the dog walks through brush and wooded areas, always headed northeast. As if he had a compass inside him. As if he were a wise man following a star.

The dog yearns to hear his Person’s voice. It has been a long time, but he remembers it That memory drives him forward, compels him to keep moving. She is the best Person the dog has ever known. He remembers her warm touch, how she knows just where to scratch behind his ears and above his tail. He remembers walks together and sleeping at the foot of her bed. He misses his Person.

They were traveling together. The dog loves car rides with his Person. She puts down the windows and lets him sniff all the good smells as she drives. Sometimes, she goes to a place that puts food through the window. Then, he gets a real treat. French fries!

But, on the last car ride she didn’t drive to the window food place. Instead, she drove for a very long time. She sang and talked to him about “holiday.” Occasionally, she would stop to give him food and water, walk him on his leash, and let him do his business. Then back on the road. The last stop had trees and wonderful smells. The dog saw something furry darting away from the car, and he gave chase. Running and running! Oh, the smells! The feeling of the wind flapping his ears! But, when the dog finally stopped, he realized his Person was nowhere around. He tried to go back the right way, but he had run so far he couldn’t quite work it out.

And so, he walks. Perhaps it is ancient wisdom that guides him. Somehow, he knows the way.

Finally, one day, the dog sniffs familiar smells. Bone tired, but determined, he pushes forward. He passes through neighborhoods he knows and walks straight to the house. His Person’s house.

The dog scratches at the door. Waits. Then, a voice, oh, the voice he loves so much says, “Jasper? Jasper, is it really you? You’ve come home to me!!” And his Person is there, warm hands stroking his head and quivering haunches.

The dog releases a deep sigh. Finally…finally he is home.

An original short story: The Pitch

So, I'm in a writing group. Each month we are given an assignment containing a prompt and a word count. The prompt is sort of a jumping off place, and your take on it can be as literal or figurative as you want. You can use the prompt as your story's title if you wish, but it's not obligatory. The word count, however, is strictly enforced. The reasoning is that creating a story of exactly xx words sharpens a writer's focus and develops editing skills. It also has given me a general idea of what type of story will fit into a particular sized container. Finally, my group provides for feedback, which is invaluable for a writer wishing to hone her craft.

The hardest stories for me to write are the shorts. My sweet spot is about 1,200-1,800 words, so anything under 1,000 words is challenging and the shorter, the harder for me. This story is an example of an extremely short word count. The prompt was "The Pitch" and the word length was 200. So this one was tough! I sort of went with a "slice of life" tale. Hope you enjoy.

The Pitch by Patty Panni

Mark gave his best lopsided grin up at her.

“Honey, I don’t know. Camping in our backyard is one thing. But Henderson Park … that’s a big difference.”

Sharon looked at her son a long moment, finally allowing him a tight smile.

“Hey! I said IF. Here are some things you have to promise me.”

“Number one – be VERY careful lighting your campfire. And twice as careful dousing it. Pour lots of water on it and tamp it down.”

“And be home in the morning by the time I leave for work.”

“Sure, mom. Anything else?”

“Well…make sure the flashlight has good batteries in it.”

“WOOHOOOOO!!” Mark ran off to check the flashlight and call Eddie.

Watching him go, Sharon sighed. Kids camped in Henderson all the time and the Park was well patrolled, so they’d be safe. It was just … bittersweet. He was her baby, after all. 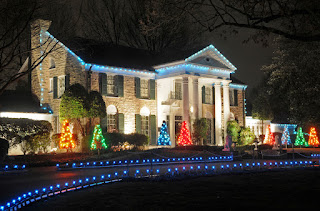